That's right, you read that correctly! There are shingles that can actually prevent living organisms from growing! Fortunately, I'm talking about algae resistant roof shingles. In this article, I'll go over why algae, moss. and lichens grow on shingles, what it looks like, whether it will damage the roof, and what it actually looks like on a roof.

Let's get started on what I'm actually talking about and what it looks like. There are three types of living organisms that can live on your roof. 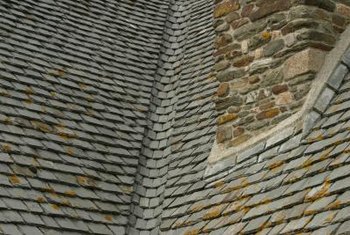 Let's go one by one and talk about what each one does to your roof. First, let's go over moss. Moss is the worst of the three. The wretched substance can damage your roof. Due to its damp nature it can cause mold and mildew to build up on your roof. As soon as it's on your roof then it can slowly creep down into the home. Another awful quality about moss is it starts to grow it's extremely dangerous to the integrity of your shingles because it can make the shingle lift up off the roof. If you see moss on your shingles because when walking on the shingles! As previously stated, moss is a damp watery plant. Water is slippery substance so be cautious whenever walking on top of the house. Fun fact about moss: moss usually tends to grow north!

Whenever I saw a black spot on a roof I always thought the house had a fire and it was just residue left from the fire. I learned I was super wrong because that's actually just algae. There are sooo many different kinds of algae. The most common shingle algae is gloeocapsa magma, or what I, and most of the world likes to simply call it, "blue green algae". You'll start to see the black streaks a few months after the algae's already been growing. The reason why algae grows black is due to a natural defense mechanism that turns the outer layer into a black film that protects itself from the sun's UV rays. While algae is an ugly looking creature it's important to note that algae normally is just damages the cosmetics of the shingles.

The other greenish, bluish, grayish substance is lichens. Lichens is just a fancy word for algae and fungus growing in unison. Lichens don't retain as much moisture as moss, and are actually more acidic. More acidity leads to more damage to shingles.

After reading what each one can do it's obvious that no one wants these home-wrecking monsters on their roof. So how do we prevent this from happening? Well, there's a solution, kinda.

Algae resistant technology is a real thing in new shingles. This is achieved through using more copper-containing granules. Copper is a natural anti-algae substance. The granules in the copper is released over time. This brings me to why I say it's sort of a solution. The granules over time do stop releasing. That's why most manufactures of algae resistant technology only prorate the life to two years. While the shingle itself will still be fine after two years the technology is no longer supplied. Meaning your shingles are vulnerable to the elements again.

At the end of the day, there's still no perfect way to prevent these organisms from forming, but we're definitely getting closer!